7 hiking routes in the north of Ibiza

Sant Joan de Labrija, a municipality in the north of Ibiza, is the only one with 7 hiking routes certified by the Spanish Federation of Mountain Sports and Climbing (FEDME) 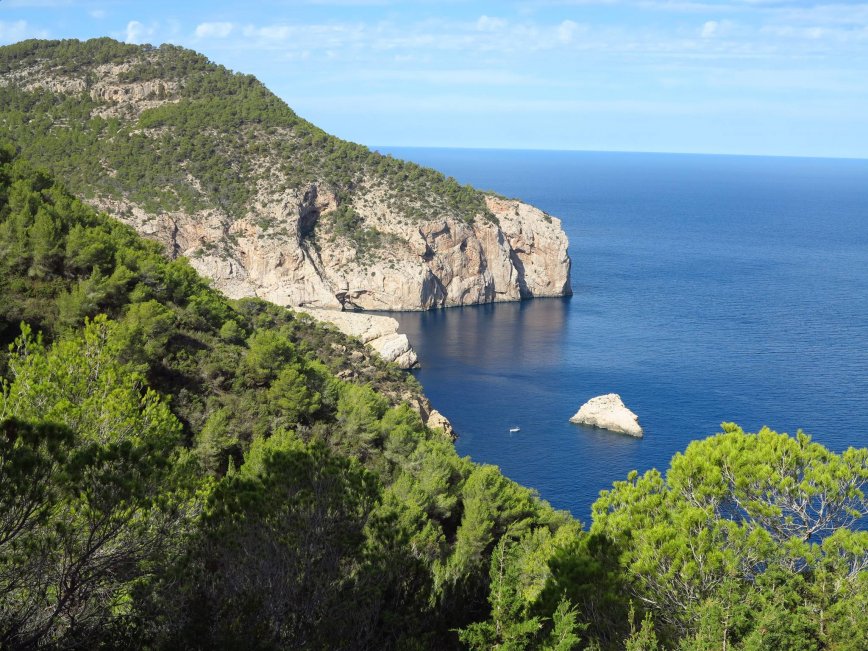 One of the most interesting ways to get to know the island in depth and to connect with nature is to go hiking in Ibiza.
Sant Joan de Labritja is the municipality in the north of the island, known for having the most natural and authentic landscapes of Ibiza.
In its routes you will enjoy spectacular rural and coastal landscapes and nature in its purest form. You will be able to discover and contemplate local species of flora and fauna, coves, wells, towers and caves.

Itinerary of 20,41 km. if done in a circular way, which joins the town of Sant Joan de Labritja with the beach Cala de Sant Vicent. The route is along old paths and trails, you will pass by some fountains and wells in the area.
On this route you will be able to appreciate the typical rural landscape, with its houses, trees, dry stone walls, crops, as well as the vegetation typical of the Ibizan torrents. 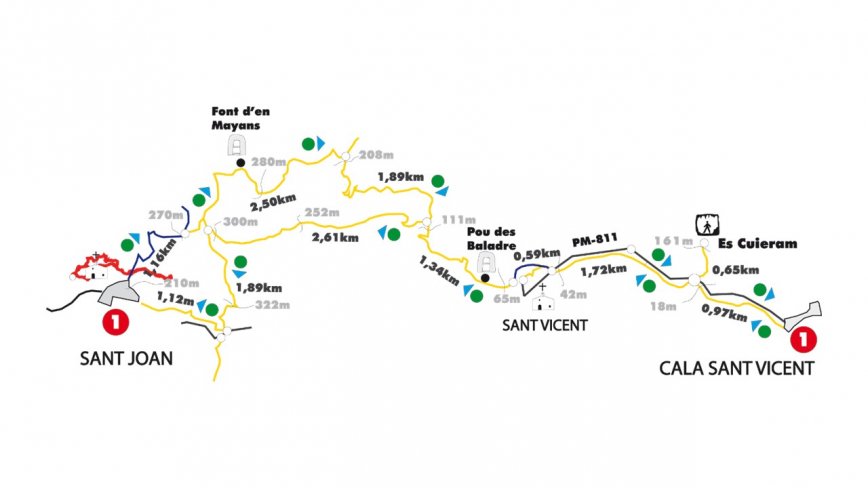 A 17,09km excursion that links the tourist center of Portinatx with San Joan de Labritja.
It is a sporty route due to its length and slopes. It runs through valleys and small mountains along old paths with magnificent views of a natural landscape with forests, fields and typical Ibicencan houses. 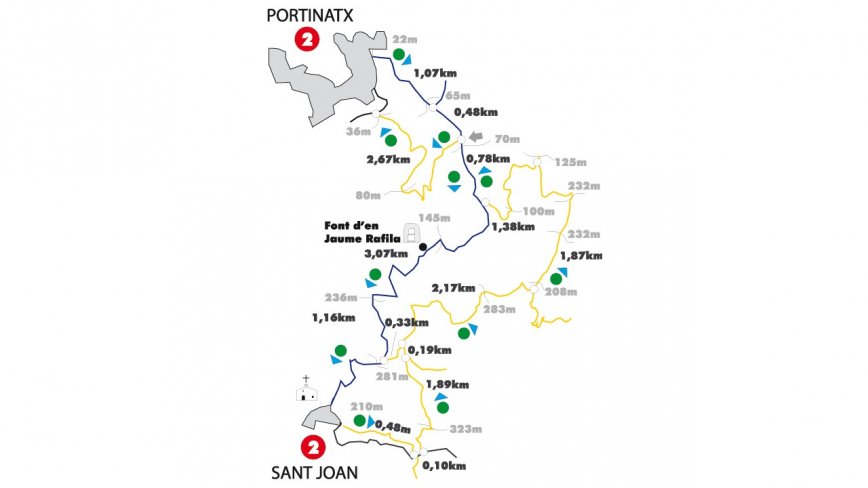 3. The route of Cala Xarraca

Itinerary of 12,77 km that joins Sant Joan and Cala Xarraca. The route follows paths and trails between forests and mountains until reaching the spectacular crystalline water cove “Cala Xarraca”. The return offers a considerable uneven ascent and combines asphalted roads with beautiful panoramic views of the Bay of Xarraca.

Itinerary of 15.63 km starting at Cala Xarraca. The route follows paths that will take you to one of the most virgin and uninhabited areas of the island. The route offers beautiful views of the north coast, where you will discover isolated coves such as “Es Caló de s’Illa”, hidden between cliffs. The silence, nature and tranquility will be your companions during this route. This route is also suitable for mountain bike. 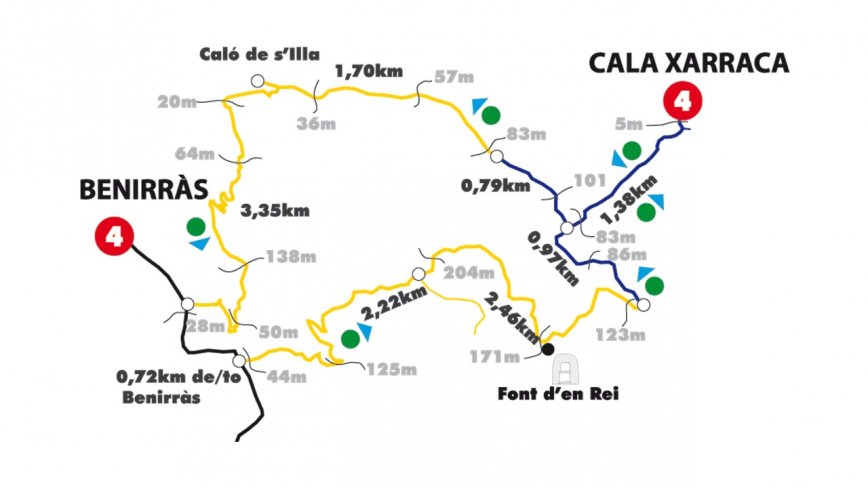 The route starts at the beach Port de Sant Miquel. It is a route with beautiful views of the coastline, you will be able to admire the sea and the coastal vegetation. Arriving at Cala Benirràs you will discover the characteristic islet “Es Cap Bernat”, which is one of the most unmistakable geographical landmarks of the island’s coast. 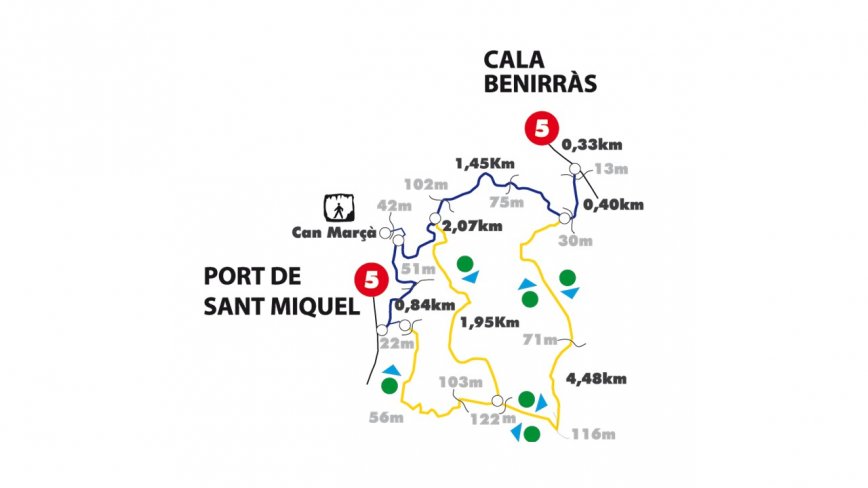 This route has a total distance of 10.16 km and a duration of 3 hours. To start the route from Port de Sant Miquel you have to take the road that goes to the hotel Hacienda Na Xamena, considered one of the best hotels of Ibiza.
This route is of moderate difficulty, combining stretches of road, asphalt and dirt roads. It offers beautiful panoramic views. 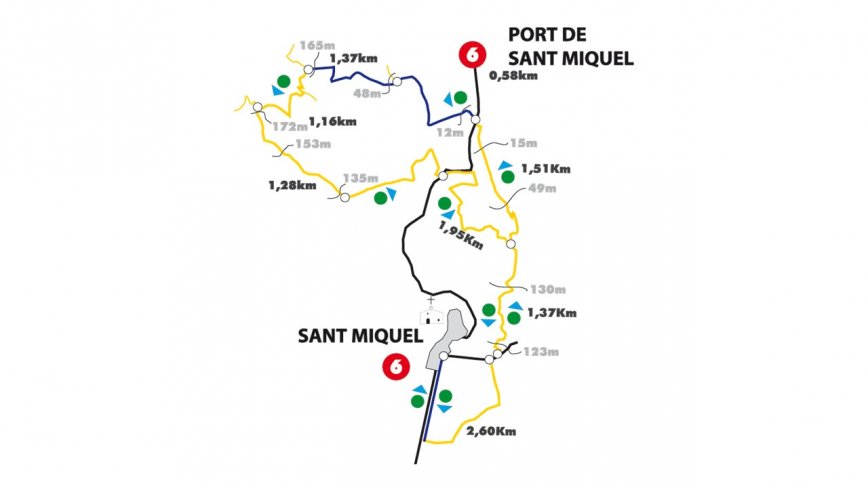 Itinerary of 14km that runs mainly along the neighborhood roads between the towns of Sant Miquel and Sant Llorenç.
Once in Sant Llorenç you can visit the village of Balàfia, where you will appreciate the traditional architecture of the island of Ibiza.
This route is also suitable for mountain biking. 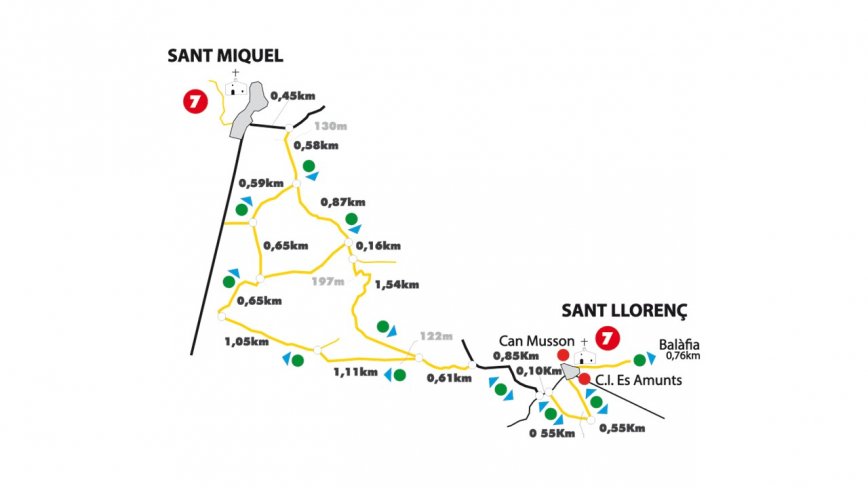 If you want to enjoy this experience, but guided by a person who knows the area, the luxury 5 star hotel in Ibiza, Hacienda Na Xamena, offers during the summer season to its guests a weekly guided walking tour free of charge. 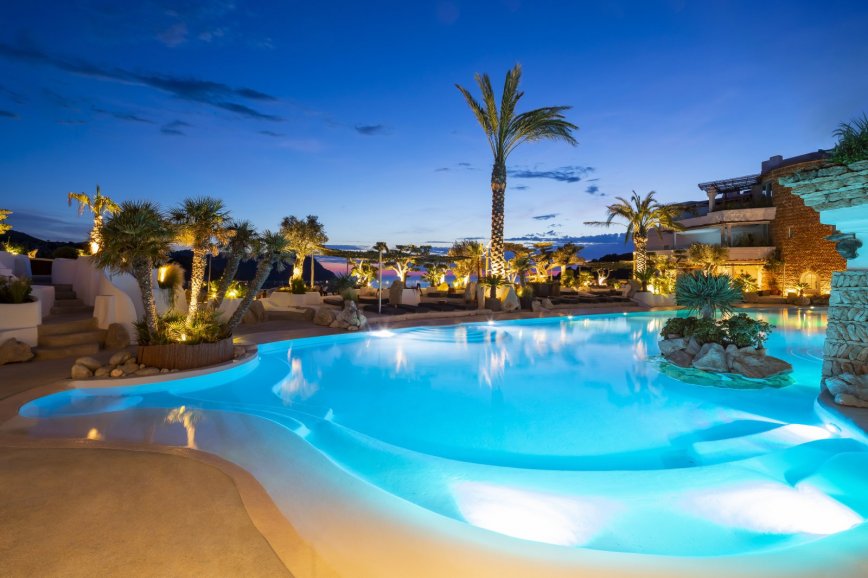 
This blogpost presents the 7 best hiking routes in ibiza to do during your holidays in ibiza. Traveling to ibiza offers a great variety of activities and experiences, crystalline water coves and magical sunsets in ibiza. In the white island you will also enjoy a magnificent gastronomy in the best restaurant in ibiza and a luxury service in the best 5 star hotel in ibiza . During the summer 2021 in ibiza you will always have something to do in Ibiza .